The Weirdest Slot Partnership Ever

“As one of the most revered jockeys and horse racing personalities of all time, Peter Scudamore is the perfect personality for us to partner with to launch our first sports-themed branded title,” said Bryan Upton, director of game products at NetEnt.  This is a landmark product for NetEnt and we are sure slots players and racing fans will be thrilled with the results when the game launches next year.”

Grainy footage of Peter Scudamore winning the Champion Hurdle in 1993, the year he retired

NetEnt’s new horse racing game will join upcoming launches Vikings and Narcos in the company’s premium branded game portfolio alongside Jumanji, Planet of the Apes, Guns n’ Roses and Motörhead.  Commenting on the upcoming release, Scudamore said: “From our first conversation, NetEnt’s commitment to innovation and passion for creating fantastic products was clear. I am delighted we are joining forces to launch a new slots game that will capture the unbeatable, exhilarating racing experience.”  You will be able to play all the above games at NetEnt partner sites BetVictor and Videoslots.

Cash Drop Casinos Verdict…
Whilst tie-ins with the enormously popular Guns n’ Roses and Planet of the Apes, with nine films spanning 50 years, is totally understandable, this new association has to be one of the most bizarre pieces of product placement ever.

There’s nothing wrong with a jockey fronting an online slot and the ever-popular Frankie Dettori Magnificent Seven Slot is a case in point. But Dettori is a global name, still riding winners around the world and set to partner Enable at this weekend’s Breeders Cup meeting.

Peter Scudamore is 60 years of age.  He was first Champion Jockey (over jumps) in 1982 and he retired in 1993.  He has not been seen on a horse in over 25 years and if you were old enough to bet then, you must be 43+ now.  In short, very few people will have ever heard of Peter Scudamore.

One can only presume NetEnt has somehow got their wires crossed with Peter Scudamore’s son, Tom, who is a successful rider attached to the David Pipe stable and best known for his association with Cheltenham Festival and King George Chase winner, Thistlecrack. 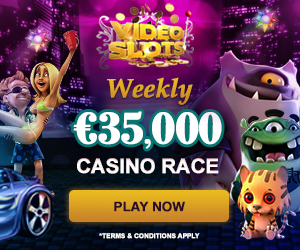 Frenchman Wins the Battle in Malta

Explore Ancient Egypt™ and Discover Winnings Fit for a Pharaoh!